What is Cerebral Palsy?

Cerebral Palsy (CP) is a general term for muscular skeletal disorderthat is caused by damage to the motor control centres of the developing brain and can occur during pregnancy, during childbirth, or after birth. Although the brain injury is not progressive, the resulting muscular skeletal disorder deteriorates particularly when the child goes through puberty. This is especially acute with those who are more severely affected by Cerebral Palsy.

The loss of complete control by the central nervous system (CNS) results in some muscles becoming dominant while others become excessively weak. For instance,

However, the neuromuscular system does not operate alone. Muscles are embedded into the myofascia tensional network. 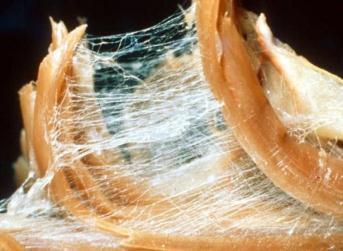 Fascia is connective tissue that surrounds muscles, groups of muscles, blood vessels, and nerves, binding some structures together, while permitting others to slide smoothly over each other. It permeates all parts of the body and becomes well-integrated from head to toes and is distributed throughout the body, forming a tensegrity structure that maintains certain tensions throughout. Tensegrity is a powerful architectural structure that is used to build dome and bridges.

This myofascia tensional network provides support for postures and movements.

Unlike muscles which are dependent on the central nervous system for proper function, myofascia depends on the autonomous nervous system more. The neuromuscular system and myofascia tensional network works interdependently towards a balanced and stable system.

Once the muscular balance is lost and the muscular distortion sets in, the myofascia system tries to re-align themselves and resets the system to a stable point.

This is easier when the child is at pre-school age and is much softer and has a higher degree of hydra tionwithin the system. In addition, the child weighs less and relies less on acceleration, the deficiency in leverage mechanism is therefore much less pronounced. Under such circumstances, the myofasciatensional network is still able to neutralize the neuromuscular challenges by resetting the system and re-distributing the tension within the network. On top of that, the child learns to use positive re-distribution while the fascia components are getting stronger from the softer state to a more fibrous state.

Challenges set in as soon as the child enters puberty and starts growing up rapidly. With the muscles building up quickly, the muscular imbalance escalates. Any attempt to re-model further strengthens the already strong muscles, leaving the weak muscles asweak as before. This further aggravates the muscular imbalance.

Muscular skeletal disorder typically translates to more than just challenges in postures and movements. It shreds the child's fabrics of life because of the consistent background tension, excessive muscular imbalance and muscular effort, discomforts and fatigue that the child has to deal with in his or her dailylife.

Fabrics of life refers fundamentally to the child's overall well-being and doing. It encompasses essentially the daily activities- not including any special ability or skills that the child has. For a severely affected child, the fabrics of life merely is all about comfort in being, positioning and how well the child respondsto the assistance provided.

NAPTT are the building blocks of the fabrics of life. They are:

The building blocks are hierarchical. In other words, if the child is struggling with discomfort while lying on his tummy or on his back, or if he hyperextends when help is rendered with dressing, it is an unrealistic attempt to extract movement out of the child. To do so, it will be like trying to build the 8th floor when the first few floors have only been partially completed.

The damage of the brain first creates a small 'hole' in the fascial tensional network that provides the necessary support for the whole body. As the child grows, the situation escalates and the small 'hole' quickly enlarges and multiplies, which means further loss of tension in the fascia network. As a result, the fascial tensional network is no longer sufficient as a supporting network. The child therefore uses muscles to perform the support function instead.

This switch to heavy reliance on muscles for postures and movements presents two additional challenges:

A more severely affected child has the additional struggle with excessive involuntary movements, pains and discomforts in common positions such as lying on the back or the tummy, sitting, or on their sides. These struggles do not stop at night but carry throughout the day, in deprivation of sleep. Deep sleep andrelaxation are nature-given ways of repairing and regenerating tissues. Extended deprivation of sleepand insufficient relaxation deprives the child of the opportunity of proper growth and development.

PrevNext
What People Are Saying About Us

When my friend told me that she regretted not starting on the ABR exercise program earlier, on one hand I felt really curious, on the other I was puzzled. What was it about ABR that stood out from the rest? I ended up going online to further research. I saw many before and after pictures of children under the ABR program and that really left a huge impact on me. We were lookgin at the progress of ...

What People Are Saying About Us

We started doing ABR exercises in 2006 through a recommendation from a friend. Like my daughter, her son was quadriplegic. Together, we went to Singapore for the training sessions. In the first two years we saw immense improvement. My friend’s son saw lots of improvements too, and we encouraged each other as we went through training together. My daughter’s trunk was extremely weak and ...
What People Are Saying About Us

I have a quadriplegic Cerebral Palsy son and we have gone through many different therapies. I posted a testimony for a physiotherapy specified to help my son in crawling in a support group when a mother commented “will he be able to crawl if he does not have proper body structure?”. This happened when my son was one years old. I was stumped by the question posted, but found logic in wh...
What People Are Saying About Us

My daughter has Quadriplegic Cerebral Palsy. In order to help her get better, I brought her to China to seek treatment for two and a half years. It was a very painful and strenuous type of treatment method that included medicinal intake and physiotherapy. Although in the beginning small improvements were derived, the progress plateaued and her treatment became stagnant. A parent who went to China ...
What People Are Saying About Us

Kasey is an eleven-year-old girl with the most gorgeous smile and contagious giggle. She was born after a textbook pregnancy to her proud parents and we could not have been happier taking home their beautiful daughter with the most amazing red hair. At 6 weeks, a routine health nurse checkup revealed Kasey was not making milestones and was failing to gain weight. She was extremely floppy like a ra...
What People Are Saying About Us

The year 2017 is going to be a year of hope and thanksgiving, particularly for Raphael. The Lord has been really gracious; watching him all the way here. At the turn of the new year, it seems appropriate to recount all the little victories that Raphael has gained since he was found having multiple brain cysts (dead brain cells) at birth.   "If God is for us, who can be against us?" "Be bol...